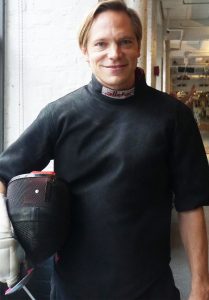 Jed was a 2012 US Olympic Foil Coach at the London Games. He began his coaching career in 2007 after seven years as a member of the US Men’s Foil National Team. He has produced Senior, Junior, and Cadet National Champions in addition to Senior, Junior, and Cadet World Team Members and Olympians. His students have earned medals at Cadet, Junior, and Senior World Cups. As a competitor, Jed was a 2004 Olympian (earning a team 4th place finish in Athens), a two time National Champion, and an NCAA Individual Champion while at Columbia University.