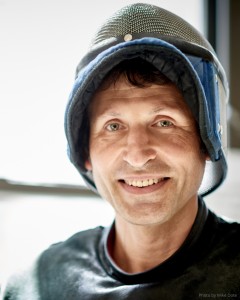 Alexey Cheremsky was born in Ukraine. He competed in epee internationally for Ukraine and Israel and has won World Cup medals. Alexey received his bachelor’s degree in Physical Education and Masters degree in Sport Psychology from the Ukrainian State University of Physical Education and Sport. After coaching in Kiev, Alexey moved to Israel where he was the National Team coach from 2000-2005. Alexey moved to the United States in 2006 and since then, many of Alexey’s students are continue to be nationally and internationally competitive. Among them are top-16 in Seniors and top-3 in Juniors world ranking fencers, NCAA champions, National champions, and numerous US Senior, Junior, and Cadet World Team members including two Olympic team members Tokyo 2020.